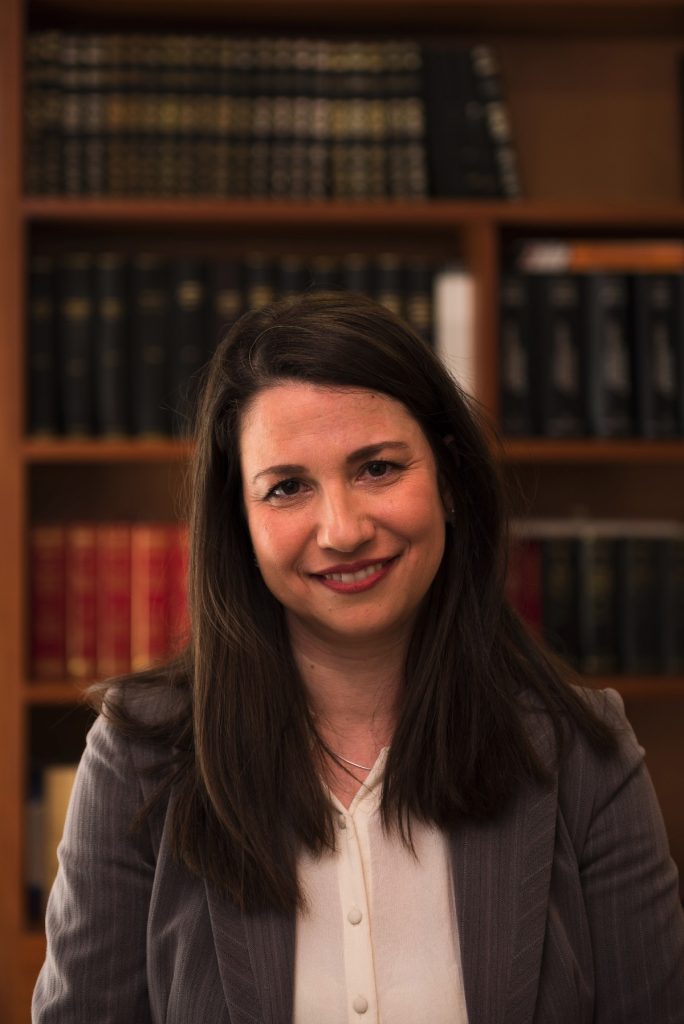 She was born in Athens in March, 1979 and lives permanently in Alexandroupolis.

She was admitted to the Law School of the Democritus University of Thrace in 1997 and in 2001 she graduated and she was awarded the corresponding BSc degree. After successfully attending the postgraduate course in the Law Department of the Democritus University of Thrace, she was awarded a postgraduate degree in Public Law and Political Science, with specialization in Administrative Law, with honours. Furthermore, she was admitted to the School of Pedagogical and Technological Education in Sapes and in 2010 she was awarded the “Degree of Pedagogical and Didactics Competency” with honours. After having successfully completed the Civil and Commercial Mediator Training Programme in 2013 in Thessaloniki, she holds the title “ADR Group Accredited Civil and Commercial Mediator” and in 2014 she was also accredited as a Mediator by the Hellenic Ministry of Justice.

Since 2003, she has been a founder member of the Law Firm under the corporate name “Law Firm: DETSARIDIS P. CHRISTOS – PAPADOPOULOU I. EKATERINI – KOTINI A.VICTORIA” which is currently named “Law Firm: DETSARIDIS P. CHRISTOS – KOTINI A.VICTORIA – DETSARIDOU C. ELENI & ASSOCIATES”. She has gained considerable experience in law practice since then, especially in the Administrative Law Practice, and she further undertakes cases of Civil and Criminal Law. In 2010 she was an associate of the non-governmental organisation “Greek Council for Refugees” (GCR). She has attended a variety of scientific seminars and workshops on judicial matters.