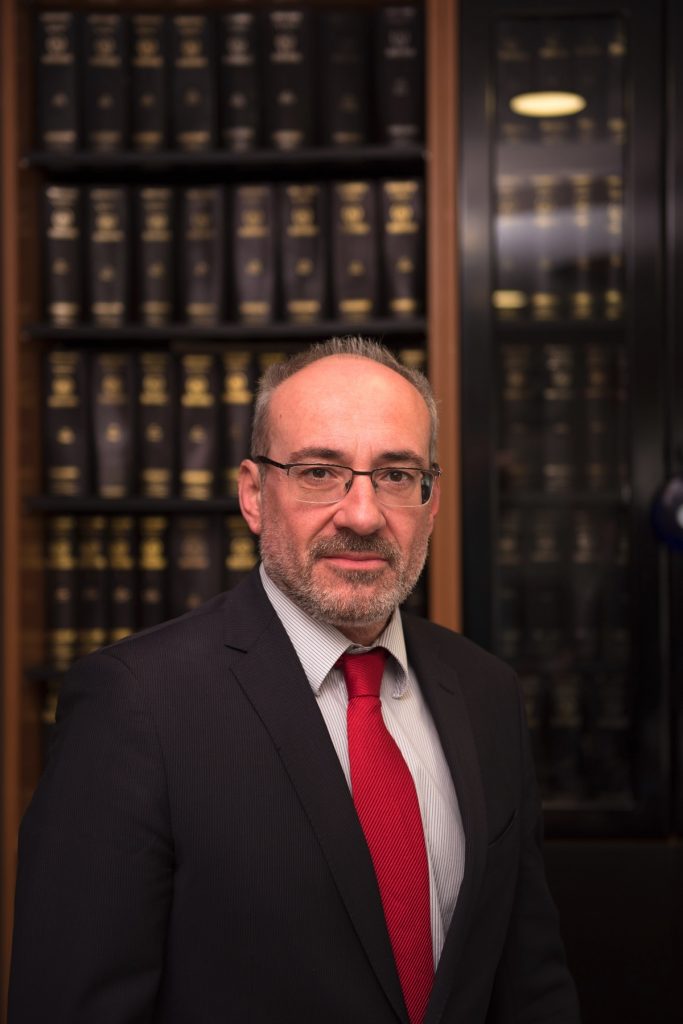 From 1997 to 1999 he was teaching Administrative and Constitutional Law as full Professor at the Department for Constables Cadets in Didymoteicho. From 2000 to 2004 he served as Special Scientist with a contract based on the Presidential Decree No. 407/80 at the Faculty of law of the University of Thrace, teaching Local Government Law and Administrative Economic Law.

He is a member of the scientific Committees of the legal journals “Administrative law proceeding” and “Refugee  law review”.

He served as Deputy Chairman of the Hellenic Single Public Procurement Authority from March 2012 up to September 2016. He is also alternate member of the disciplinary board of the Hellenic Telecommunications and  Posts Commission. He served as Chairman of Committees of the University of Thrace in procurement proceedings and as alternate member of the Appeal Committee of the University of Thrace regarding tender proceedings on supplies of all kinds of services.

In 2015, he served as a member of the specialized legislative commission appointed to form  a draft law over the reform of the pre judicial phase of public procurement contracts and in 2016 he was a member of the examination committee of the recruitment competition for the National School of Judiciary (direction of Administrative Justice )

He is a member of various scientific associations and companies in Greece and abroad, in particular the “International Fiscal Association”, the “Deutsche Steuerjuristische Gesellschaft eV”, the “Gesellschaft für Rechtsvergleichung”, the “Gesellschaft von Freunden und Förderern der Universität München e.V.”, – Company of Friends of the University / University of Munich, the Company’s Board of Studies, the Greek Chapter of the International Fiscal Association, the Greek Society of Tax Law and Financial Studies and the Greek Society of publicists. He participated as speaker at many conferences and other scientific events in Greece and abroad.

In 1991, he obtained the license for law practice at the Alexandroupolis Bar Association, in 1997 he was promoted to Appeal’s Attorney and in 2005 to Supreme Court attorney. In 2003, he founded the “ Detsaridis P. Christos – Papadopoulou I. Ekaterini – Kotini A. Victoria “  law firm in Alexandroupolis ,  which is currently operating under the name  “ Law Firm : Detsaridis P. Christos – Kotini A. Victoria – Detsaridou C. Eleni & Associates“.

He is working mainly on of Administrative Law , Taxation Law and Public Procurement Law cases, before the Council of State , the Court of Audit  and the Administrative  Courts of Appeal.